Arizona is mourning the loss of two Latinos leaders who were champions for the Cause: Pima County Supervisor Richard Elías and longtime educator Dr. Alfredo G. de los Santos Jr.

Elías, who was honored in 2013 by Chicanos Por La Causa at its annual dinner, died unexpectedly Saturday of an apparent heart attack in Tucson. He was 61.

De los Santos, who was the first Chicano to be named president of a community college in the United States, died March 8 in Tempe after a long battle with lung cancer. He was 84.

“Our hearts are heavy due to the passing of these two fine gentlemen and leaders, in addition to the loss of lives to COVID-19. But even amidst the current crisis, we must rise above the overwhelming fear and sorrow and take a moment to pay our respects to Supervisor Elías and Dr. de los Santos for their individual lifeworks to improve the lives of Arizona Latinos today and tomorrow. They will be missed but the impact of their passionate efforts and numerous accomplishments will live on for generations to come.” 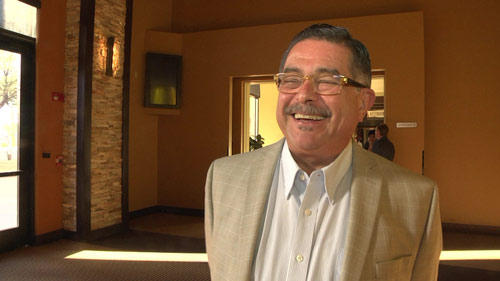 Elías was chairman of the Pima County Board of Supervisors at the time of his death and had filed paperwork to seek reelection this year to his sixth four-year term. A Democrat, he had been serving on the board since his 2002 appointment, replacing Raúl Grijalva, who had become a member of U.S. House of Representatives.

Prior to becoming a county supervisor, Elías worked as a housing advocate for CPLC, joining the statewide nonprofit in 1986 as a HUD-certified housing counselor. He later developed Southern Arizona’s first homebuyer assistance program, operating CPLC’s first Self Help Program. A fifth-generation Tucsonan, he also served as executive director of the South Tucson Housing Authority and as senior housing coordinator for Pima County.

Elías, who also was a proponent for protecting the environment, represented District 5 (Tucson’s Midtown and Southside) and was a champion for Latino and low-income communities, advocating for affordable housing, quality health care and accessible education for all. Such efforts were reflected in the 2013 CPLC award: “Mr. Elías seeks to bring everyone together, in a spirit of cooperation, to enhance our quality of life. Throughout the years, Mr. Elías has helped CPLC advance its mission by supporting efforts to offer better opportunities, including affordable housing, to low-income families.” 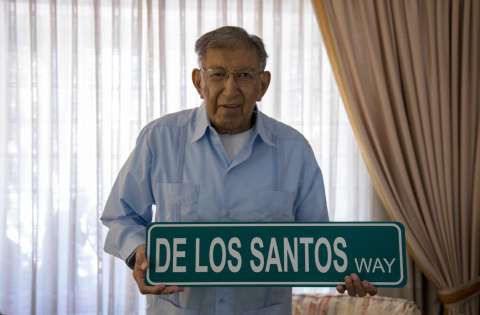 De los Santos served as Vice Chancellor for Student and Educational Development at Maricopa Community Colleges from 1978 until he retired in 1999. He was a research professor for the Hispanic Research Center at Arizona State University from 2000 until 2019.

He was a founding member of the Arizona Minority Education Policy Analysis Center, or AMEPAC, which operates under the auspices of the Arizona Commission for Postsecondary Education. Prior to coming to Arizona in 1978, de los Santos was founding president of El Paso (Texas) Community College in 1969.

De los Santos, who was a U.S. Army veteran born in Laredo, Texas, received numerous awards for his career work, including the Lifelong Dedication to Hispanic Education Award from the Hispanic Association of Colleges and Universities.

CPLC sends its deepest condolences to both families.